In this article, I’m going to talk about gender studies because of a march protest in London against discrimination. In fact, there was urban violence at the end of July in the district of Hackney in London because a march protest degenarated. It started with the suspicious death of a young Black man, following his musclar arrest.

The concept appeared in the 70’s as a result of reflexions on the relationships between men and women and sexual revolution. Nowadays, we can see that there is no more correlation between gender and sex but above all the important state is the extension of these studies to sexual minorities. The European community has lately focused on gender and gender issues in the search for effective equality. The multidisciplinary studies associate history, economy, sociology, geography and so on.

Neequaye Dreph Diane called Dreph is a London-based Ghanaian artist. He’s doing series called « You are enough » which serves to give more visibility to colored women who do incredible work. « Each portrait comes with a story and you can come across most of them on his Instagram page » [1]. His work presents an alternative black British narrative. He shows us unusual heroines through his mural paintings — the most of them, in the East side of London, like Brick Lane, Great Eastern Street, Hackney Road, and so on. Street Art associated with social networks makes it possible to give better visibility to these women — or at least to improve the recognition. Below is represented two of his paintings. 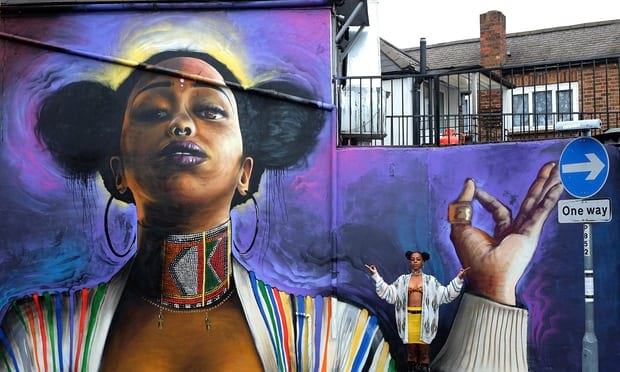 The first represents Mimi, from Islington, who works as a holistic health consultant and

is studying to become a counselor. 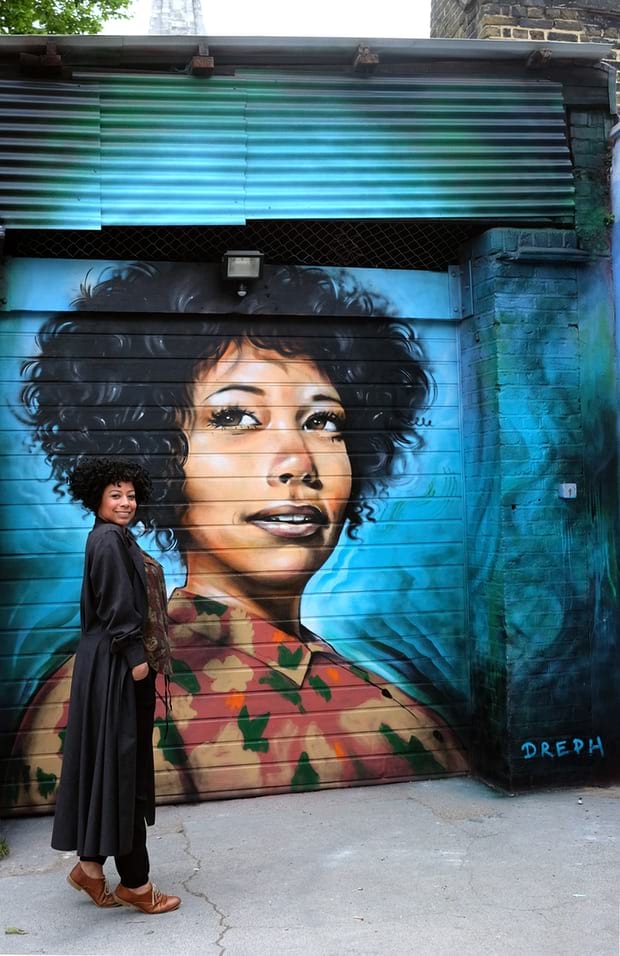 The second represents Myvanwy, who was born in Shoreditch, who runs a cultural marketing agency and also mentors young people, helping to steer her careers and life journeys.

From my point of view, it would be relevant to create a mapped iterinary of his work so that anyone can understand the problem of intersectionality. It poses the problem of the exclusion of certain groups, particularly those located at the intersection of multiple minority situations — for example, black women or lesbian white women. Mapping such a topic could be very rewarding for those who are part of the project and those who feel concerned.

More generally, generating maps for this kind of study is not common and this could be extended to several regions and periods. This kind of maps could make us realize the positive or negative evolutions of inequalities in the world and the number of similar problems that still exist.