ESRI’s congress or the occasion to reveal cartographers…

Last October, during the annual meeting of ESRI’s French speaking congress in Paris, many activities were organized to bring together all the amateurs and professionals of geography, geomatics and cartography around their passion. It was the possibility to share our experiences and to learn more about the professional possibilities after graduation and in the sector.

For the occasion, cartographic competitions were organized. The event ended with the prize-giving ceremony, revealing the cartographic and artistic talents of the new users of ESRI’s software.

And the first prize for…

And in particular Yann Slostowski who won the first prize of the CartoCrea competition, with the creation of his map of France made with Lego… Very uncommon, he surprisingly managed to attract a maximum of votes by winning the heart of every generation of voters.

Indeed, his map is a representation of the French topography, where the biggest  mountains are represented thanks to legos. He displayed all around the maps pictures of the French landscape.

Minifigs, which are the representation of humans in the Lego’s world, hold these photos. That reminds us the Lego’s universe. 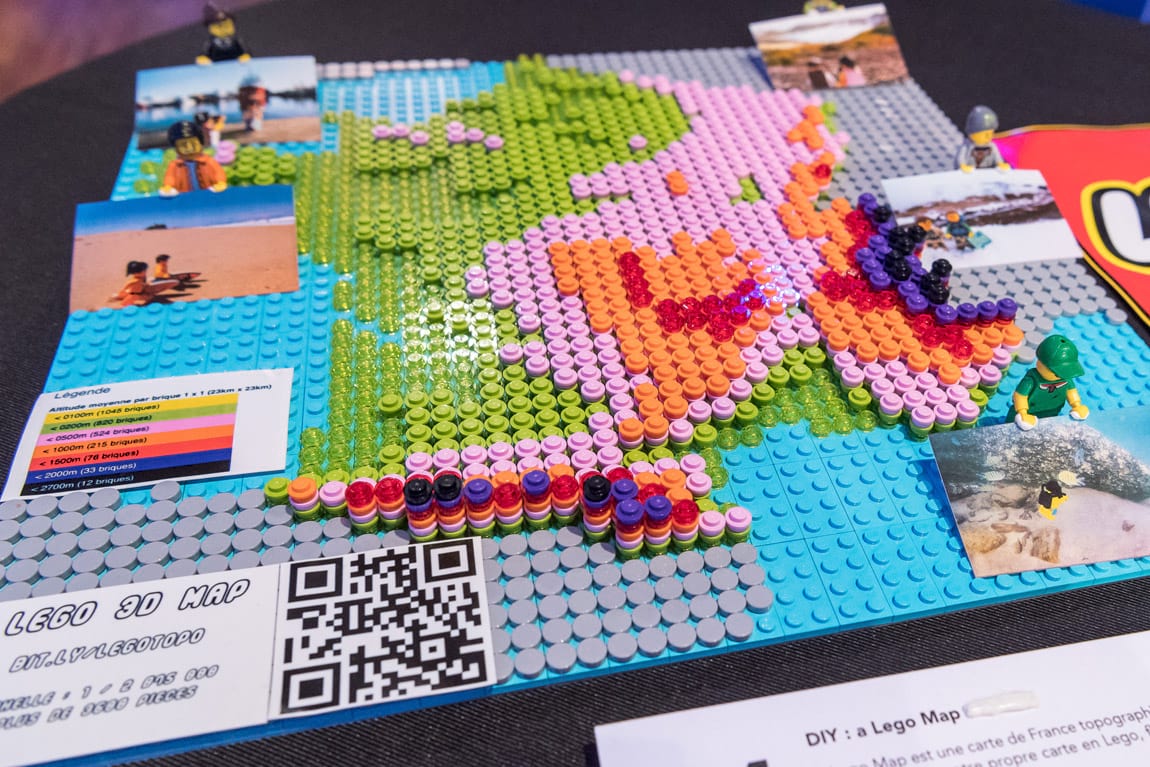 The only one criticism we could eventually make about his work is the choice of colours to represent the topography. Indeed, cartography has its own rules just like literature has its grammar and spelling rules. Colours have a particular meaning according to what we want to represent, and we can’t use certain colour to represent certain things.

For example, blue is used for waterways, and brown for mountains. Here, on Yann’s map, the Massif Central and the Alps are represented in orange… we can be a little bit sceptical… But luckily, he didn’t forget the key so even if the color isn’t appropriate, we can always know what is represented.

This being said, he deserved his first prize with his original map. It made everyone smile, and showed how good maps can be produced by being creative !

Online, Carto Crea results, https://sig2017.esrifrance.fr/cartocrea_result2017.aspx, visited on the 26th of November of 2017