The Earth is made of four layers, on of which is the lithosphere, which is made of tectonic plates that are continuously shifting. When those plates happen to clash with one another at a fault line, it leads to a sudden and relatively strong release of energy and the cracking of underground rocks. All of this is what leads to earthquakes. Some territories are more likely than other to experience seismic events: most events happen on the edges of tectonic plates as those are where faults are located and where the shifting is more important.

How can human influence them?

Therefore most of earthquakes are the result of natural releases of energy. In recent years, many of them have however been associated with human activities. Consequently, according to Nature Review, mining, pressure of water in dam, and oil and gas development are the main activities responsible for anthropic seismic activity. That is because the techniques and knowledge we developed to access, exploit and stock resources have known a tremendous growth and ofter change the way underground structures of rocks and can add pressure to tectonic plates, which is confirmed by the following chart. 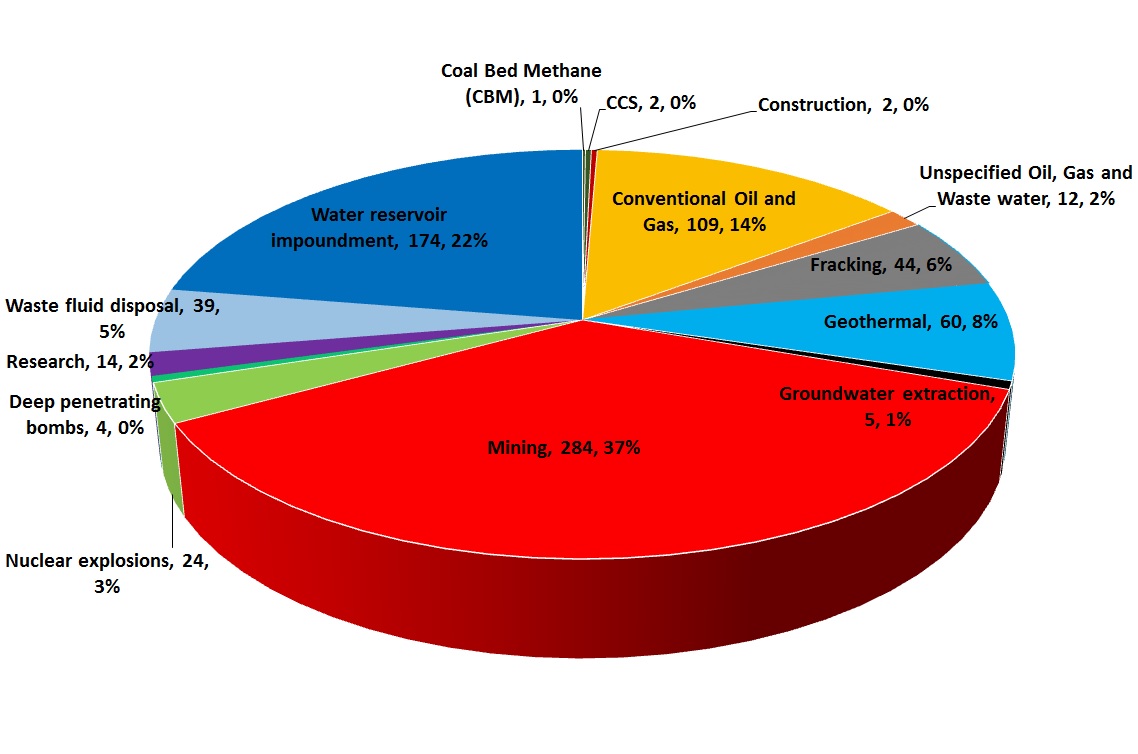 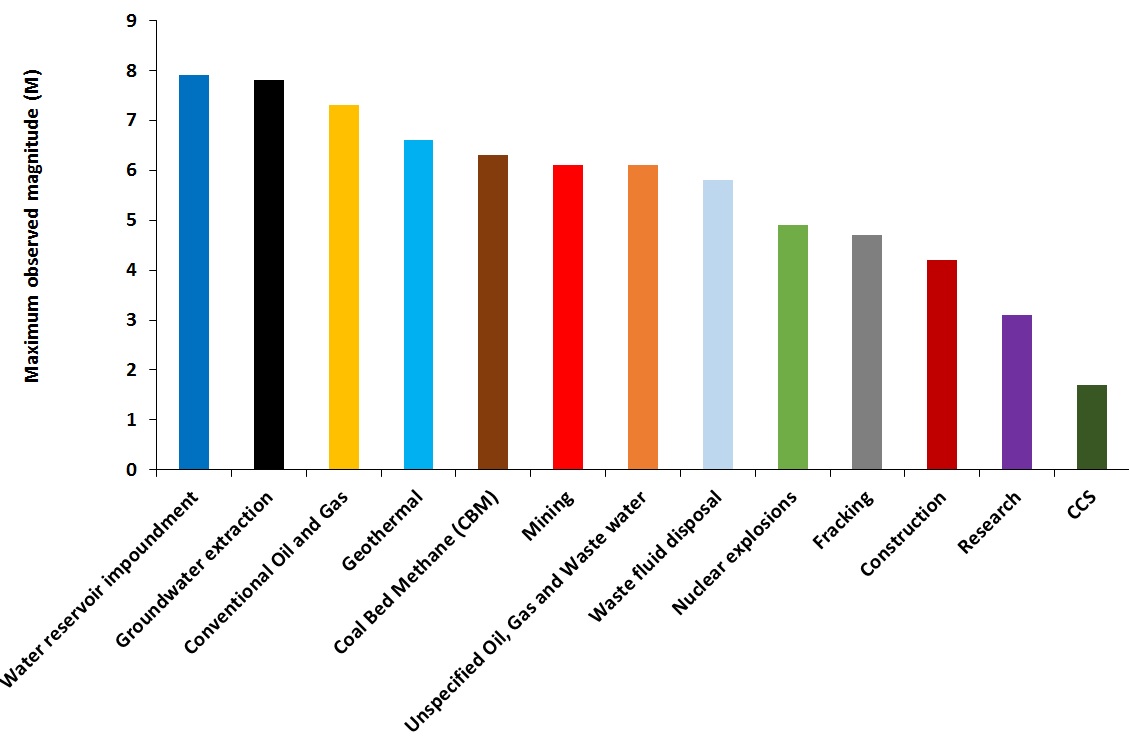 Miles Wilson has created HiQuake (Human Induced Eartquakes), which is both a database and website on which him and other scientists from Durham University have located 738 examples of human-related earth-shakings over more than 149 years. HiQuake is currently the largest source of information on induced earthquakes.The following screenshot comes from the website. For each occurrence it shows the date, magnitude and cause have been specified.

Its creators hope for it to become a tool for both companies and civilians to understand how human activities can have great repercussions. The database can be enriched with other scientists adding information on various human-induced seismic events.

What to do with this data?

However, we can point out that this data is insufficient in the sense that it doesn’t provide information on the risk of earthquakes. One could asses that that the website could offer foresight on places where industrial anthropic activity shouldn’t take place because of a high level of tectonic plates shifting.

HiQuake provides a wide range of information on where and which kind of anthropic activity have led to earthquakes. Its use is limited as it doesn’t offer perspective on how to manage the risk of seismic events. Also, the fact that the scientist haven’t made a difference between induced (most of the energy being released is caused by anthropic activities) and triggered (the origin was mostly natural) earthquakes  is problematic. For many of the earth-shakings in the database, there are still debates amongst the scientific community on whether or not they were caused by humans. It is because of these ongoing debates that the database cannot provide a clear distinction between the two kind of seismic events.

The map however remains a useful tool that could be used by other actors to evaluate the risk of earthquake caused by human activity. Its potential mostly resides in the data it provides rather than in the development of risk-management perspectives.