Accueil » Veille » Big data » California: satellite and big data for the Paris Accord

In the course of September 2018, the Governor of California, Jerry Brown, announced that the state would release its own satellite by 2021 in order to create its new data regarding climate change. This decision follows many other political choices opposed to the stances taken by Donald Trump. Since its election in November 2016, the President of the USA has repeatedly expressed his views on climate change (which has been described as a hoax created by the Chinese amongst other things).

With this satellite, the state aims at monitoring its emissions by locating and identifying “point source” of pollution with great precision, as it is committed to become carbon neutral by 2050. This information will be obtained thanks to the cooperation of the state of California and the Environmental Defense Fund. The two stakeholders will work together to develop two satellites, which will be operational in 2021. As the imagery will come from two different satellites, it will offer a more complete visualization of California’s (and the world’s) situation regarding its environmental commitments. It should be noted that this data collected thanks to this initiative will be accessible to various stakeholders (governments, businesses, landowners) and therefore others nations. 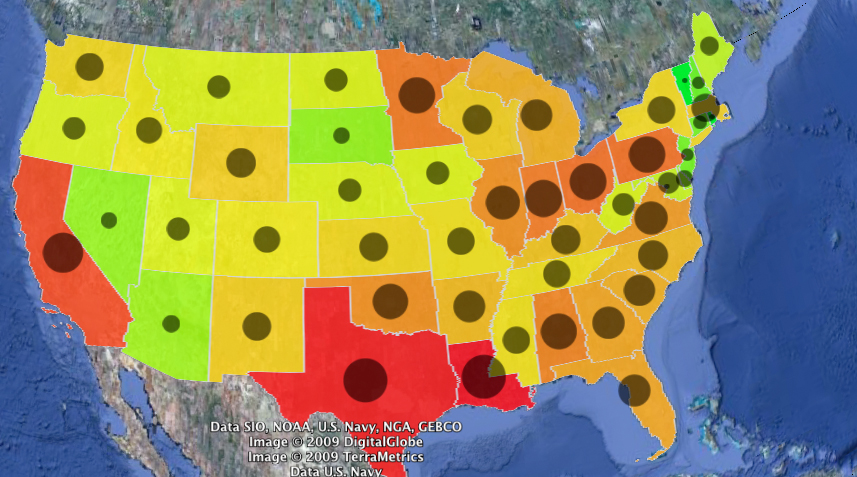 On October 8th 2018, the International Panel on Climate Change (IPCC) published a new report. The conclusions of the latter are especially concerning: the Panel indicates that if the global temperature rises over 1,5°C by 2050, the consequences will be disastrous, both for humans and their environment. The tone of the latest report is more alarming than the previous ones’. Although the scientists explain that it is technically possible to reach that goal, they emphasize on the fact that world leaders need to develop a common strategy in order to do so. The report actually contains a summary addressed to “policy makers”.

Indeed the issue of world cooperation and the implementation of efficient policies at a global scale remain worrisome and uncertain, almost three years after the signature of the Paris Accord in 2015. The releasing of this report only emphasizes the relevance of the Californian state’s initiative.

One of the main points of this project could also be its weak spot. The creation of a set of data obtained by the sole state of California occurs in an already tensed context with the federal government. The world’s fifth economy possess the required technology to launch its own satellite but the carrying out of this project will depend on the political context and the ability of the state to bypass Washington’s position on the matter. Earlier this year, President Trump had threatened NASA’s funding, which could result in the cessation of satellites used to gather climate information.
Sources: