Qwant, the French search engine has just released Qwant Maps, a service that is said to potentially be the next rival of Google Maps.

Qwant Maps is a singular search engine in its commitment to protect and be respectful of our data. For its new mapping device, Qwant uses OpenStreetMap’s databases. An Alpha version of Qwant Maps has been accessible for several weeks but the service offers very few options. Although its list of locations is quite well furnished, with the last Apple Store that has opened on the Champs Elysées, it is not possible to navigate with this new service. This means one cannot use Qwant Maps to identify itineraries to get from one place to another. Users can however already add some places to their favorites and the developers have said further options are currently being developed. 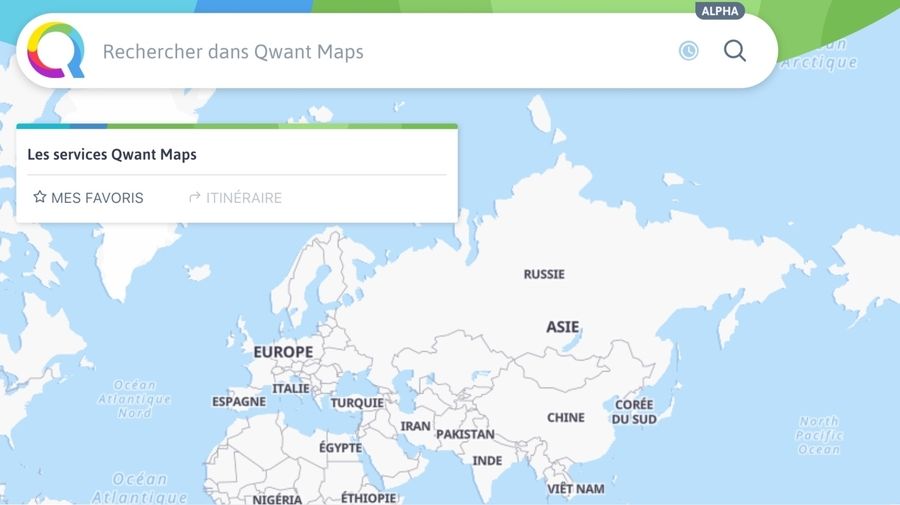 Broadening of the brand

The launching of this service is part of a three initiatives-plan that was announced is summer 2018. Qwant is planning to broaden its uses with the development of its own mobile payment and email services. Earlier, the French company ahs also released Qwant Board and Qwant Junior. With the diversification of its services, the company aims at attracting a new clientele.

A limited service (for the moment)

Although Qwant’s main force is very praiseworthy, its new mapping service is very limited. Some articles have underlined the lack of information regarding places. This criticism is indeed true. However, making comparisons with Google Maps is uncalled for. The information available on the latter come from the help and participation of its users who can help describe places, provide opening hours and leave ratings. One could argue that Qwant needs to be used by a growing audience in order to be more useful.

Qwant Maps’ main strength is the protection of data. This promise is even more valuable in Europe when regulations regarding private life are said to benefit from a greater protection. This summer, the European Union Commission punished Google after the discovery of anti-concurrence tricks, which consisted in the implementation of various Google services on Android phones. After the scandal of Cambridge Analytica, Qwant had seen its users increase significantly. So, although Qwant seems to be on the way to gain more popularity in France and potentially in the rest of the Union, it is to soon to present it as the rival of Google, especially with Qwant Maps still taking baby steps.