The questions of the openness of data and the risk of terrorism are two different concepts. Data openness means making the largest possible amount of data available to all in a usable form. Data platforms open to the public have been set up to facilitate the exchange of information between state services. Even if this data is used in a purely economic or academic context, the misuse or uncontrolled use of this data poses a major risk of terrorist threat. Is the development of new technologies with the appearance of big data a real answer to the terrorist threat?

1. What is Open data? – Objectives and issue

The Open Knowledge Foundation defines open data as data that can be freely used, shared and built on by anyone, anywhere, for any purpose. To better understand the Open Knowledge Foundation’s definition, the concept of open data can be summarized as follows: data available and accessible to all. For this to be possible, the reproduction costs of the data must be reasonable, it must be easily downloadable, and its formats must be comfortable and modifiable.

The next point is that the data must be able to be reused and redistributed; it must be provided under conditions allowing its reuse and redistribution including mixing with other data sets.

Finally there is the concept of universal participation: all people must be able to use this data, reuse and redistribute it; there must be no discriminatory character in the accessibility and use of the data.

One of the major challenges of open data is interoperability. Interoperability is based on the ability to mix different sets of data. It is essential because it makes it possible to benefit from the openness to develop products and services in larger quantities and of a better quality.

2. Open data application, domain and use by services and structures

Open data, and especially government data, is a valuable resource. To better accomplish their tasks, individuals and especially businesses produce a large amount of data to meet their needs. The data produced by state services can be useful across many sectors to various groups of people and other organizations. The different sectors of society that use open data are the state, society (populations), and public authorities. 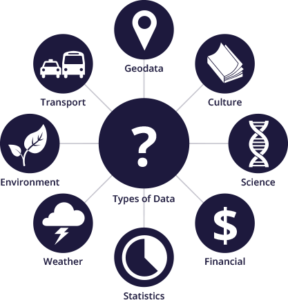 However, its abused and uncontrolled use can cause considerable damage. It could also make it easier for certain groups of individuals, including terrorists, to use this data to plan their attack procedures. This is the case with data from Google Maps and other free-to-download platforms.

3. Risks related to the use of data by terrorist group

Most terrorist groups use planning procedures to organize their attacks. For this, they use tools such as Google Maps to locate vulnerable areas, according to sources from the British Army. In 2017 the British tabloid the Daily Telegraph reported that “maps from Google Earth were found in Iraqi terrorist residences”. Some states have asked Google Maps to “blur” sensitive places likely to be attacked by terrorist movements.

This is the case with India, which forbids Google to show on its view the official buildings and other facilities whose safety must always be ensured. This is also the case for France, which has a “blur” on Google Maps over the naval base of Toulon. 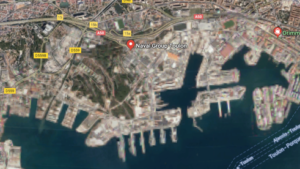 Meanwhile, if the dangers and the risks of attacks that threaten our societies continue to escalate, big data seems to be the best tool to fight against terrorist threats and attacks.

Part 2: Big data as a weapon in the fight against terrorism

1. Analytical technologies and the fight against terrorism and the risks of attacks

In their fight against terrorism, countries such as the United States, China and France possess technologies capable of coping with the terrorist threat. Analytical technologies can combine information from Internet searches, social networks, credit card purchases and geolocation. In fact, the use of new communication technologies makes it possible to gather a large amount of data. With smartphones, satellite surveillance and surveillance cameras, all that terrorists do on the Internet can be tracked. Utilizing predictive analytics and statistical data analysis, most terrorist acts are anticipated, which can reduce terrorist threats.

Today many states use these technical means to analyze twitter and SMS messages to anticipate terrorism and determine the places likely to be threatened by terrorist movements. 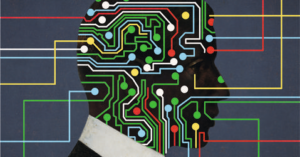 2. Big data used by the military to hunt down terrorists

Most security and surveillance agencies, especially armies, use big data to hunt down public enemies. According to Ronen Horowitz, the former head of the Israeli Security Agency, big data has been used extensively by the Israeli military and monitoring agencies to hunt down enemies of the state, including some Hamas leaders killed during the country’s intervention in the Gaza Strip in 2016. According to Horowitz, unstructured data such as images and videos was used to track down enemies. Meanwhile, the Chinese army uses big data technologies to detect potential suspects. 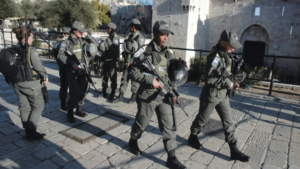 Most states use big data to hunt down terrorists, who now use social networks more cautiously to shield themselves from possible surveillance. To counteract this, a new framework, the Networked Pattern Recognition Framework, was developed by Salih Tutun, a student of Binghamton University, the State University of New York. This framework aims to predict future attacks but also to detect potential terrorists, to try to stop them in time. The framework first allows the development of networks of connections between events, and then uses a unified approach to recognize patterns. According to Salih Tutun, in a comparison of these results with existing data, the method is 90% more accurate in predicting future terrorist attacks. In addition, it can identify attack extensions with 90% accuracy, identify multiple attacks at 96%, and understand terrorist objectives at 92%. As Tutun says, “If the prediction of terrorist attacks is utopian, patterns can nevertheless make it possible to secure a sector effectively.”