Last December, detectives of Phoenix (USA) arrested a storekeeper on suspicion of murder, using this new technology. The law enforcement officers told the suspect, George Molina, that with the help of data from his phone, they found that he was at the place of a crime that occurred nine months ago. They did it using the data that they received from Google.

Investigators had also other information, including data from surveillance cameras on which it is noticeable that someone opened fire from the car of the same model that the one belonged to the detainee. However, after Molina was imprisoned for about a week, he was released because investigators have found new information. Sometimes later, the police arrested another suspect: an ex-boyfriend of the mother Molina, who sometimes used his car.

This technology of tracking the location of Google users has gradually become a large database for law enforcement. And this is just one example of how data of personal information is being used by law enforcement.

This technique can help to solve crimes, but it can also detain innocent people.

The newest approach to crime detection

Detectives use data from technology companies to solve various crimes: rape, robbery, arson, and murder. For example, last year, Federal agents requested information from Google in order to uncover a series of explosions near Austin (Texas). 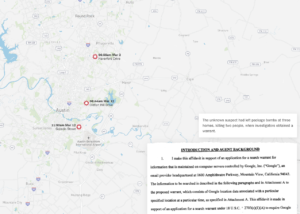 Then they used data from devices that were recorded near three houses with bags of explosives. Investigators identified devices that could potentially be associated with these crimes, and then, with another request, they received data of the movement of devices in this particular region. They then identified several devices that could belong to the criminals, and Google revealed their names and email addresses. 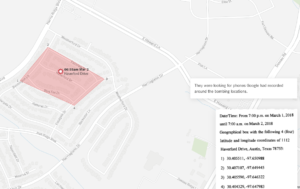 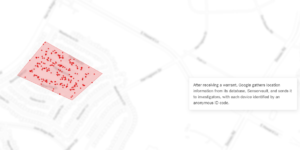 It was not possible to detain the criminal as he committed suicide three days after the fourth explosion.

According to several Google employees, this database was not created to help law enforcement, so in several cases, there may be questions about the accuracy of the information.

In addition, Google does not respond to requests immediately: it takes several weeks or even months to get the information. However, detectives note that the information was very accurate, and the data were collected even at a time when users did not make calls or did not use the program.

Legal regulation of the issue

The use of this data raises a lot of legal questions. For example, such type of requests may violate the privacy of innocent people. In Minnesota, the name of an innocent man was published in local media after it appeared in police reports. He explained that his name could get to these lists because he is a taxi driver, so, can appear in any area of the city.

We’re still in the early stages of figuring out when and how to share and protect people’s information.

https://www.nytimes.com/interactive/2019/04/13/us/google-location-tracking-police.html  Tracking Phones, Google Is a Dragnet for the Police, New York Times