Accueil » Veille » Risque » The geography of plastic debris in oceans

It seems that everyday, we discover new ways in which human activities have taken place over the globe and centuries with little consideration of its environment. As we grow more environmentally aware, the damages caused to the Earth seem to multiply. As many Asian governments are currently refusing to receive, collect and recycle other nations’ trash (such as Canada’s and the USA’s), two questions arise: how do we handle this massive quantity of rubbish? And how do we identify its location?

For decades now, plastic objects have been criticized as not being environmentally friendly enough. First, those objects are almost all the time made from petroleum by-products, it is only recently that other alternatives such starch-based bags have been put in place with a relative success. Secondly, plastic objects are often poorly-made and/or presented as disposable items. As they aren’t conceived to be kept in the long run, they tend to end up in the trash quite easily and fast. However the problem nowadays is that plastic objects are not even thrown in the trash anymore. They end up in our oceans, dramatically changing the oceanic ecosystems.

Plastic takes many centuries to biodegrade. In the meantime, hundreds of tons of plastic are currently in oceans across the globe. This issue is especially problematic because marine animals can ingurgitate those plastics, besides some being the size of a grain of sand, it is extremely hard to define where they are. In addition, plastics in the oceans aren’t still: currents are moving them around and as plastics have been accumulating in seas for so long, some of them float, while other lie on the sand or on beaches.

Researchers at the University of Utrecht in the Netherlands have developed models that enable them to figure out the movements of plastic by tracking its actual position. Basically those models use areas with the most plastic debris, and use other factors to determine their origins. Those factors are elements such as wave movement or algae concentration. 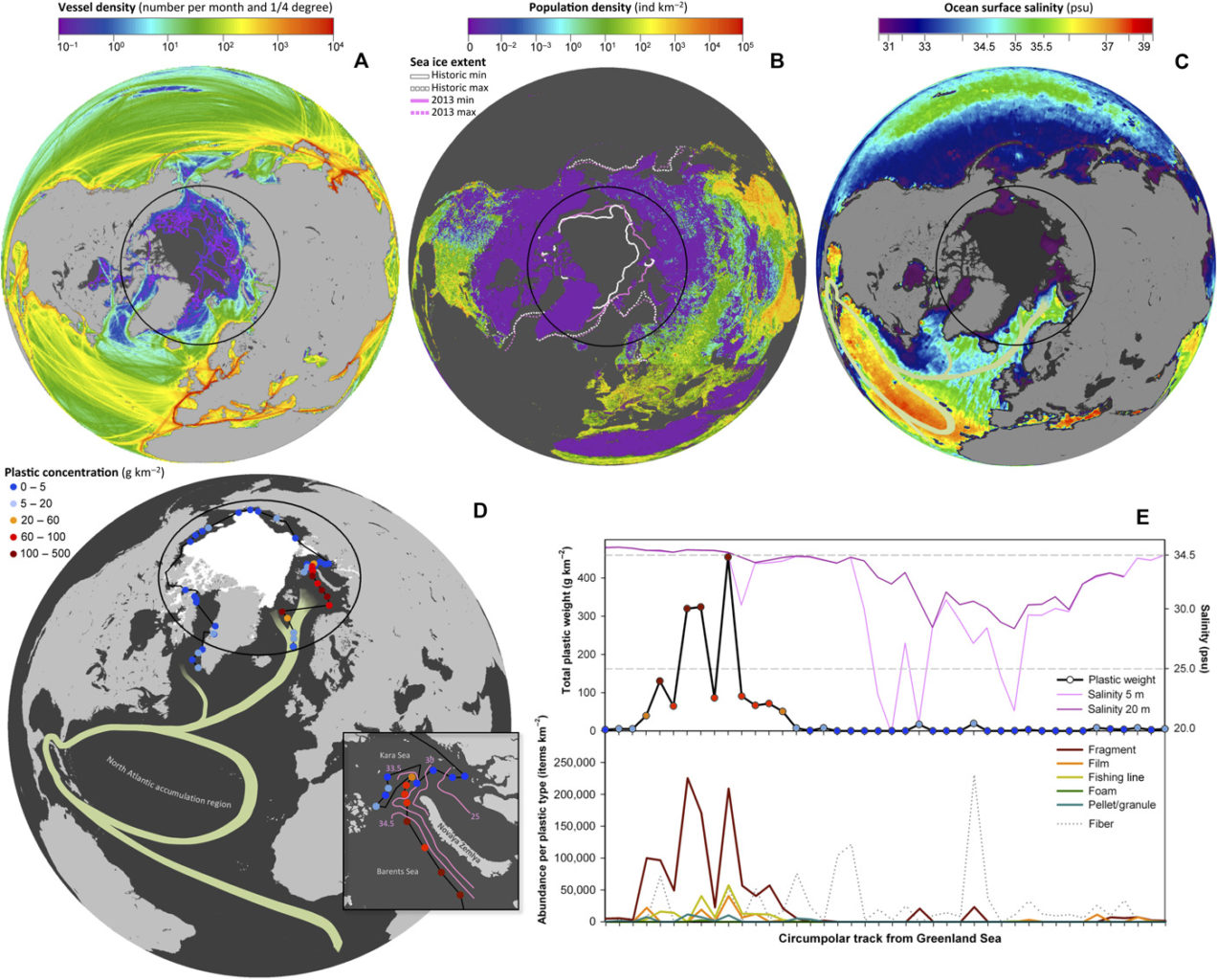 By determining the origins of plastic, the models can identify from which countries the debris come from. Dr Van Sebille and his team hope to encourage nations to push for their population’s education when it comes to plastic littering.

On top of Dr Van Sebille’s work, a New-Zelander company called Dumpark has produced an interactive map of those plastic debris. The map (accessible at https://app.dumpark.com/seas-of-plastic-2) shows the debris’ localization but also its movements in oceans. The latter is a very important point as plastic debris’ trajectories used to be only accessible to specialists working on the matter. It’s also really relevant in the sense that it provides a freezed representation for mobile objects. It therefore enables us to observe when our handling of plastic garbage will have the more consequences. 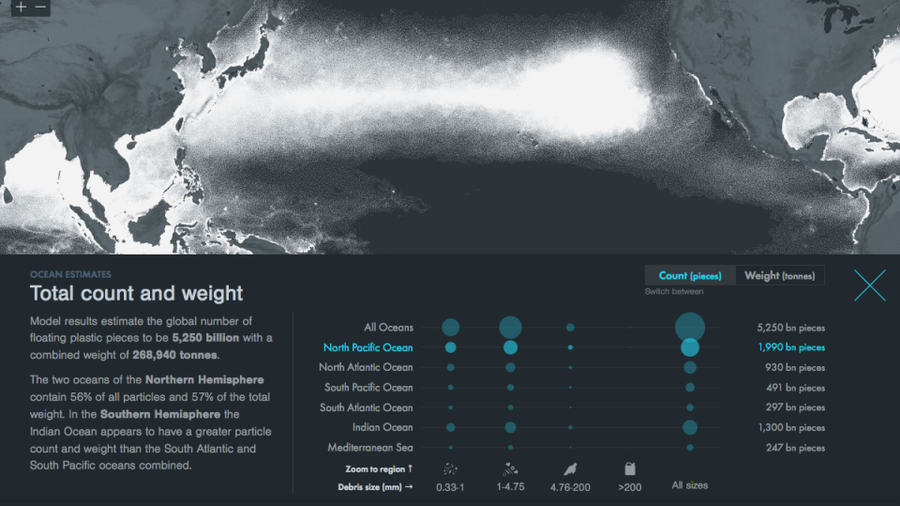 Screenshot of the Sailing Seas of Plastic web site