This year, Germany celebrates the 250th birthday of Alexander von Humboldt. The Prussian scientist’s work is considered a major contribution to knowledge for many reasons. Humboldt strongly believed that all phenomena and scientific fields should be observed as intertwined objects in order to be fully understood. His heritage consist of rich, abondant and various data on a number of subjects such as ecology and biology.

The mapping of the continent

He is notably known as one the main geographers who provided extensive information on Latin America during the 19th century. These data consists of advanced mapping of the continent, which at the time remained quite mysterious from an European perspective. His trip also provided ample discoveries and classification of the local fauna and flora. His stay across the Atlantic Ocean led him from the current nation of Venezuela to the USA. 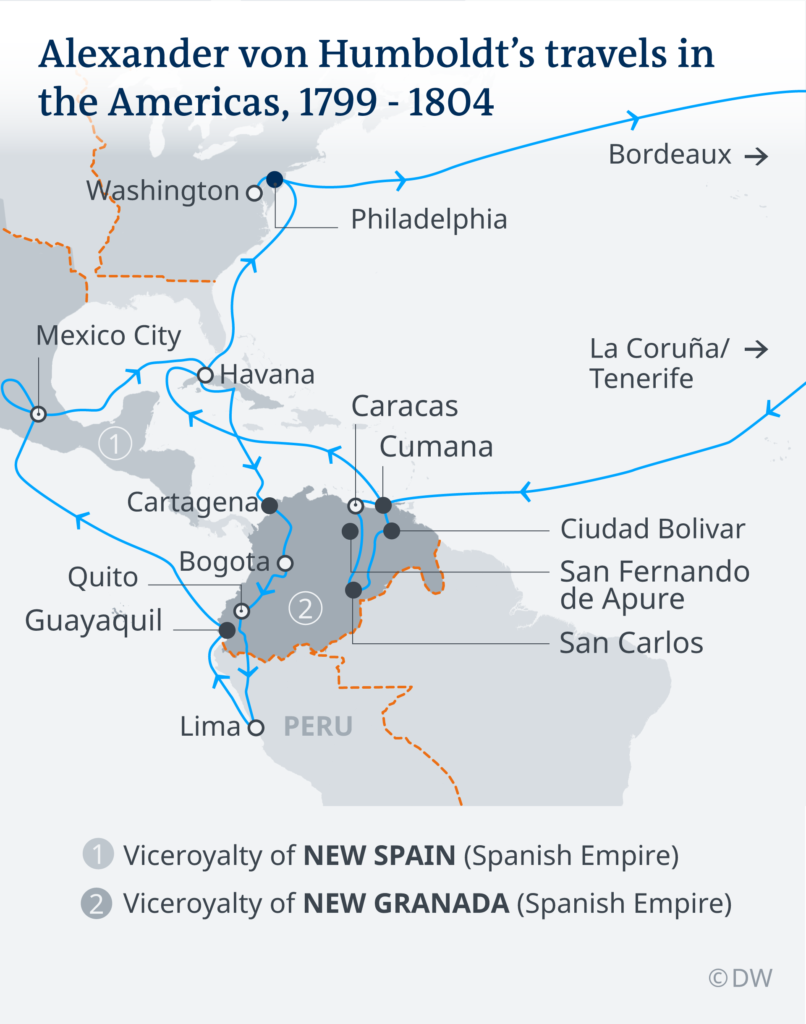 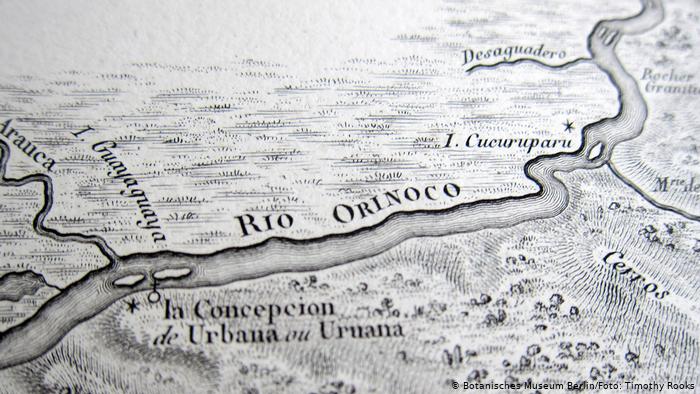 Humboldt’s work is also remarkable aside from a wide understand of scientific phenomena ahead of its time. He strongly believed in the importance of the presentation of information. Therefore, he used art as a mean to make science more understandable to people working in other fields and to a wider audience in general. In this regard, he is often considered to be the father of infographics as he represented data in a more graphic but still very accurate manner. 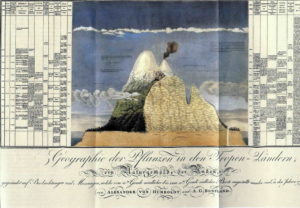 Graphic analysis of the Mountain Chimborazo

This famous is excerpted from the scientist’s Tableau Physique. On top of its refined aesthetic, it provides very accurate and meticulous information on volcanoes Chimborazo and Cotopaxi. The following figure offers a more precise view on the observations he wanted to convey. 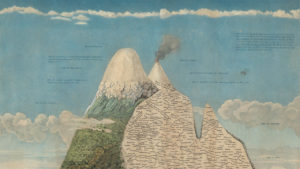 Graphic analysis of the Mountain Chimborazo

Humboldt has also been receiving a lot of praise because of the data he produced during the 18th and 19th centuries. The value of the science he brought back from his trips was extremely valuable at the time. He followed in the steps of Linné and the methods of scientific classification he used. This allowed Humboldt to provide ample details on the flora and fauna he found in Latin America. He enriched his analyses and discoveries with a highlight on the diversity of lands and climates he observed there. His work also included the study of phenomena proper to high altitudes like in the Andes Mountains.

Part of the reasons why the German scientist is still so celebrated to this day comes from the back that even though for obvious reasons his work was considered to be groundbreaking in his time, it has gained value in our century. For example, he realized topographical measures in Latin America and measured what was once believed to be the highest peak in the world, the Chimborazo volcano in Ecuador.

The scarcity of reliable historic data

This physical and scientific achievement now offers a new mean to observe how and how much our world has evolved in more than two centuries.

Notably those data are used to have actual figures in order to make concrete comparisons, on the degradation of biodiversity. One of the main characteristics of Humboldt’s legacy is that it offers actual measurements on former objects and not modeled ones. Comparative analyses of that fashion generally use models to recreate information that do not actually exist. The produced estimations can be obtained from the observations of trees and soils, because their layers are a testimony of their evolution. Most of the time, actual data from a certain period in time cannot be used because they simple do not exist or aren’t reliable. Humboldt’s work there is a very precious information, precisely because of its scarcity.

The evolution of our environment …

It has allowed various comparative studies that have shown the loss of biodiversity on Chimborazo mountain. It therefore serves as a very relevant tool to observe the changes in the mountain’s local flora and fauna. All this is possible precisely because Humboldt had precisely indicated the area, the temperature and the general environment in which some species could grow and/or reproduce. Some records also show his desire for extensive data to back up his allegations.

… and the impact of climate change on biodiversity

A team of scientist from the Proceedings of the Natural Academy of Sciences (PNAS – USA) has highlighted many changes. By comparing past and present observations on the mountain, they have observed that its ecosystems have changed. Consequently many plant species are now found higher on the mountain. According to the PNAS’ researchers, this motion is consequent with the increased temperatures and downsizing of the glaciers on the mountain.It is also mentioned that the maximum elevation limits of those plants have increased up to 500 meters in average.  In order terms, the comparison of current and past expeditions have showed how climate change is affecting vegetation distribution at high altitudes. 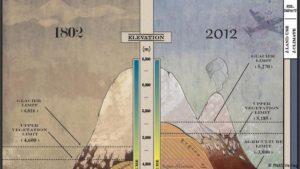 The evolution of Mountain Chimborazo

Alexander von Humboldt’s legacy is very wide and valuable. In spite of his well-off background, the results of his labor remains unprecedented and very valuable for his time. In a publication, two scientists from Germany even suggest that because of how Alexander collected, analyzed, compared, exchanged and stored data, his methods of work can be seen as the pressages of big data. 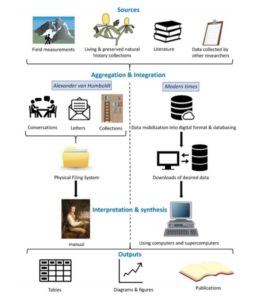 Comparative analysis of Humboldt’s and our modern approach to information (Keppel, Gunnar and Kreft, Holger)

The previous figure illustrates this thinking by comparing the the two approaches. Although this definition may be debatable since big data is a phrase exclusive to a certain period in time, it raises an interesting question. One must ask how come a scientist from more then two centuries ago was able to produce such detailed and vast analyses on the world around him. Because of the way we perceive big data as something proper to modern technology, it might indeed seems strange to qualify Humboldt’s work as such.

Keppel and Kreft argue that the main differences between how Humboldt worked and how we used data today are time and technology. For the two scientist, Humboldt did manually what computer and databases now offer for us. They also insist on the fact that many actions seem very simple today like sharing, obtaining information or reaching out to our peers, as they’re usually a few clicks away. As the German geographer didn’t have access to such technologies, he deployed the same methods at his scales. Everything took more time and his peers needed some convincing, nevertheless it’s the same logic only applied at different scales.

However, the work of someone who hasn’t lost relevancy and whose input is yet to be entirely understood is nevertheless a precious testimony of both his time and ours.