Every years for decades the avalanches an everage of 32 people in France. And Suisse these.

Hoxever these losses are sometimes linked to the pratice of snow sports : Ski touring, off piste skiing or snowshoeing. Many of these deaths are due to the lack of preparations, tracks knowlidge and les risky routes. So to reduce accidents ‘Yéti and Skitouranguru’ have been developpede by engineers students .

Yéti is a cartographic application which allows snows enthusiasts to visualize the risk areas and tho choose a suitable route. She has been developped by Jacques Belin and his students of national school of geographic sciences(ENG). It’s a snow race preparation tool at home. But it’s also downloadable on smarttphone. 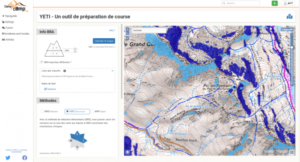 Figure 1: this capture is represent the great arc savoie on yeti. Blue shading makes it easy to spot the most dangerous stapes.

Skitouringuru has been developped by Ginter schumdlack former student of federal polytechnic school in zurich camputer scientist and skier. It’is a Swiss site. And is now adated at  tree french Alpines massifs : ( Belledome, Beaufortain and Louzière) with more than 300 routes.

Its orginality is the use of a large mass of data to anticipate the risk of avalanche on a route. In fact she use an algorithm that integrates data use used by Yéti and others complementary data. These others data given by GPS and accidents of avalanche implying  people.

The risk is calculated precisely for each point on the route and by assenbly on each route. Categorized into 3 levels : moderate  risk(green) ; increased risk(orange), high risk (red), routes are classied daily( two times per days in swiss, one time per day in France). 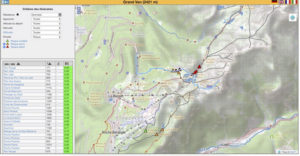 Figure 2: The big van is introduced today in increased risk(orange). We have also the possibility to choose a oute in low or decreased risk(green).

Many users and specialist point to the three pillars   on which these applications are based weather forecast digital slope mapping reduction methods. Futhermore, beyong the limits, it is abvious that Yéti and Skitourenguru allowto do better evaluated choices taking into account the maximum informations available before going out , to anticipate and better access the probability of risk before embarking of the track.