Our cities are becoming more and more important in terms of their influence but above all in terms of their expansion. The following tool allows us to put ourselves on the most local scale for a human being.
The web mapping application, Morphocode Explorer is an urban analysis tool that allows you to assess existing site conditions, measure key urban indicators, and perform spatial research directly in the browser.

In urban analysis, the five-minute walk sets a scope for collecting both quantitative and qualitative data on a human scale. The 5 minute walk, also known as the “pedestrian shed” is considered to be the distance people are willing to walk before opting to drive. Based on the average walking speed, a five minute walk is represented by a radius measuring about 400 meters. It is with this radius that the tool will do the urban analyses. 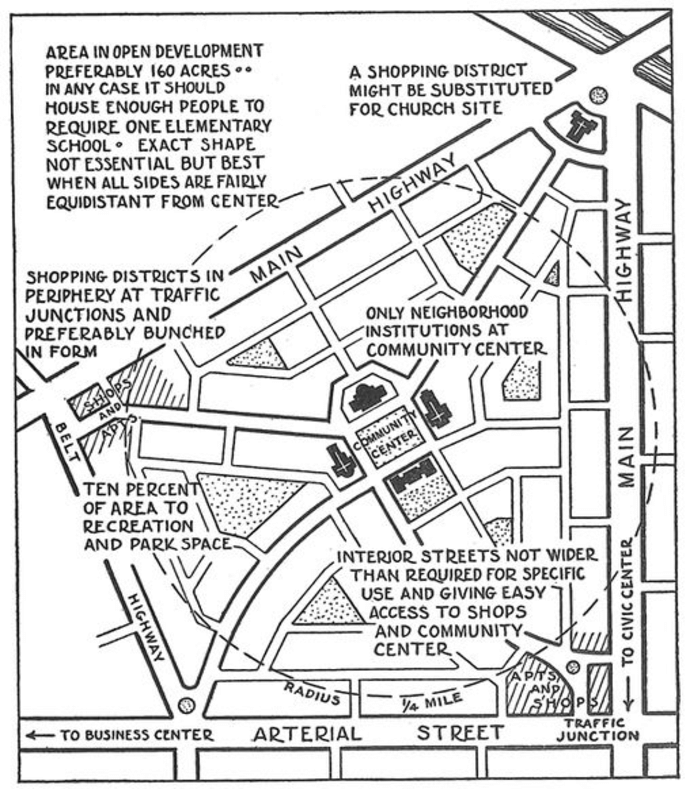 Perry’s diagram provided a planning tool for a self-contained residential community. The study was largely influenced by the growing automobile industry in the United States and identified the car as “a new factor in the making of residential neighborhoods.” Perry’s diagram has contributed to the idea of the pedestrian shed as a universal tool for measuring key urban indicators and planning compact, liveable neighborhoods.

For the urban analysis proposed by the application, we find several data with different layers. Urban performance measures help communities make informed decisions and measure results against goals. The data fits on the map within a 5-minute radius. On the left side we find data visualizations and data analysis according to the area.

The visualization and its evolution from theme to theme is done by scrolling, so we can have a complete urban analysis on the same area. The plus of the tool is in its development because the queries to the database are made in real time and is found to be fast.

Screenshot of the tool, Land use example

Get data in real-time

The Morphocode team explains us their challenge to make access to the data in real time. Analyzing large datasets in the browser is possible, but there’s a “catch” the heavy computations must be offloaded to a remote database that is powerful enough to make the analysis. For example, Carto uses PostgreSQL, while the ArcGIS APIlets you query an ArcGIS server. This client-server architecture lets you scale your analysis to billions of data points. The downside is that your browser has to keep making requests to the server. This causes a noticeable delay between dragging the pedshed (the area of 5-minutes walk) and updating the metrics.
To achieve real-time interaction, the data analysis must happen in the browser. This approach removes the delay associated with client-server communication.

The tool is available with the following link : https://explorer.morphocode.com/map

Let’s explore the urban city on the human scale !

You can find more docs about the tool Morphocode and learn more in data visualization, creative coding and urban informatics with the Academy program.