For decades, mapmakers have been hiding the small images on official topographic maps of Switzerland (SwissTopo). They tried to outwit one of the most rigorous and prestigious map-making organizations in the world in order to leave a memory of themselves on the maps.

But in some parts of the map, you can suddenly see a spider, a marmot, a male face, or even a naked woman. These barely noticeable images are not a mistake or an accident, but an easter egg from mapmakers. It’s hard to imagine that these drawings went unnoticed for many years. For example, the naked woman that we can find in northern Switzerland was composed in 1958, but she was found after almost 60 years, only in 2012. 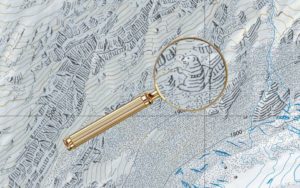 A marmot hiding in plain sight in the Swiss Alps

In 1980, one of the mapmakers drew a spider on the top of Mount Eiger. It turned out from an ice cap and thin legs-borders. Around the same time, another mapmaker hid a fish in a French nature reserve along the Swiss border. The fish « lived » in the blue circle of the swampy lake until 1989, until SwissTopo removed it. 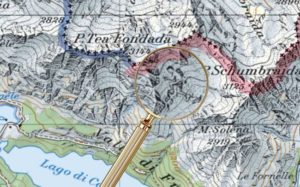 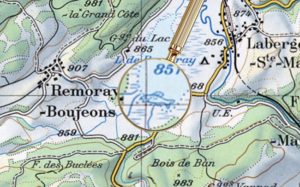 In general, it is extremely surprising that such drawings can be left on the map, because they are checked and read many times before get published. Moreover, Swiss cartographers have a solid reputation for being extremely rigorous and accurate. It is believed that these images are created when the maps are already approved to get published, but cartographers are asked to make the last-minute corrections of the map. These illustrations are generally made far from the center of the map or from the cities.

Despite some of these illustrations get international recognition, the fate of such discovered easter eggs is sad: they are always removed from topographic maps. But no one knows by whom and when the next funny hidden image will be found. Moreover, besides Switzerland, there are many other countries with well-developed maps where you can look up for the cartographic easter eggs. Perhaps you will find it?