Accueil » Veille » Outils 2.0 » The use of GIS tools in sport : the analysis on shooting patterns of basketball players

Today, GIS tools make it possible to combine spatial and temporal data. For a few years now, they have been used in the world of sports in order to carry out precise analyses at the scale of the field and for each player.

In 2017, a student of the Aalto University – School of Engineering, Woong Sik Shin has written his Master’s Thesis on this subject, taking the example of NBA basketball players. He explains that basketball is a sport with one of the highest number of points scored per game (an average of 100 points per game per team). It may be difficult to determine with efficiency the shooting habits of players considered individually.  Moreover, each of the 30 teams competing in the NBA display different styles of playmaking, more or less close to the rim, according to the ingame philosophy settled by their coach. The use of GIS tools allows the creation of shot charts really usefull to analyse those strategies and their efficiency (described in the article « Information Visualization in the NBA: The Shot Chart » by Stephen Chu, University of California). 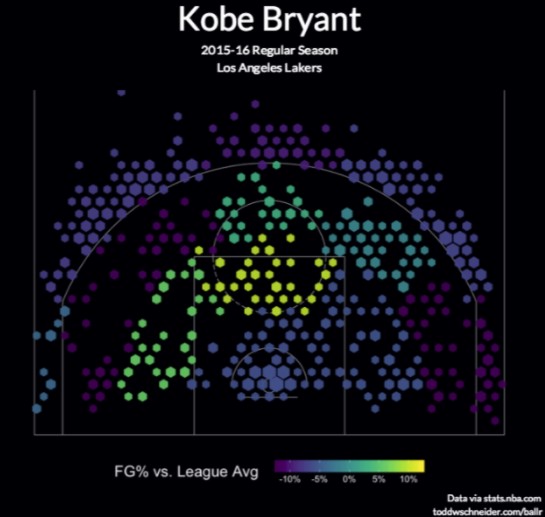 This one shows the shooting patterns of Kobe Bryant during the 2015/2016 season.

Thus, this method allows the strengths of each player to be viewed individually. It also allows you to see the evolution of the style of play chronologically : the game of basketball has changed since the beginnings of the league in 1946 : players have become more physical and skilled. For example, in the 1990s, the majority of shootings were made in the two-point area, with slower game pace and arsher defenses. Later, in the years 2010 with the arrival of players like Stephen Curry, there was an increasing evolution of three-point shootings, deeper in the field and with a higher volume of shots taken. This animation visualizes this evolution using GIS tools : https://i.imgur.com/rA5HQyb.gifv

Finally, this tool also allows the analysis of matches on TV channels such as ESPN. In particular, spectators can visualize the performances of the players thanks to 3D modeling, which allows TV presenters to emphasize their game time analyses. 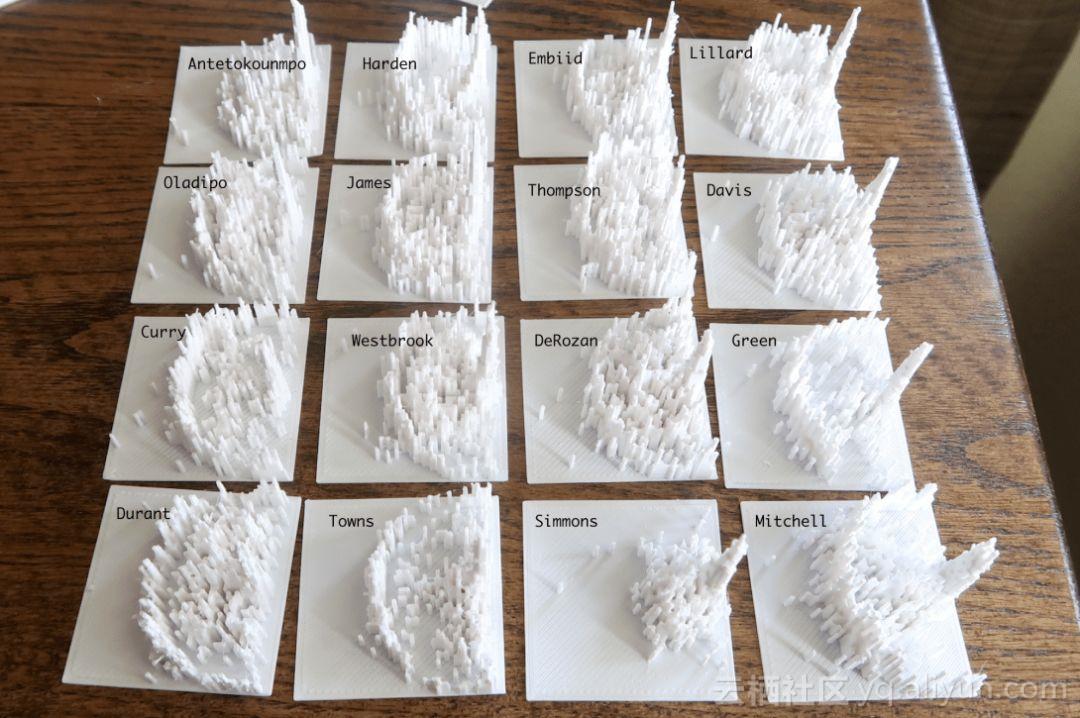 Providing an international and digitalized show, the National Basketball Association league wisely displays GIS in order to clarify teams and players strategies with live statistics for its audience every night.