Mat Daniels is a journalist who created a map showing the musical trend all around the world based on data from YouTube from 2018 until 2021. The map, titled Music Borders, gives an interesting insight on popular songs by analyzing the traffic on the streaming platform per city. We notice how musical preferences differ from one region to another. It is common to find tracks that are popular in specific countries, most of the time when it is a local artist or production. A song’s language also definitely weighs in. Songs in Russian will probably be more popular in Russia, Belarus or the Baltic countries, while songs in Spanish will found listeners across Chile, Peru and Venezuela. The same can be said for countries with different languages (Belgium, Switzerland etc.). Still,  that doesn’t mean it’s always the case: the United States are an example of an extremely diverse musical landscape. 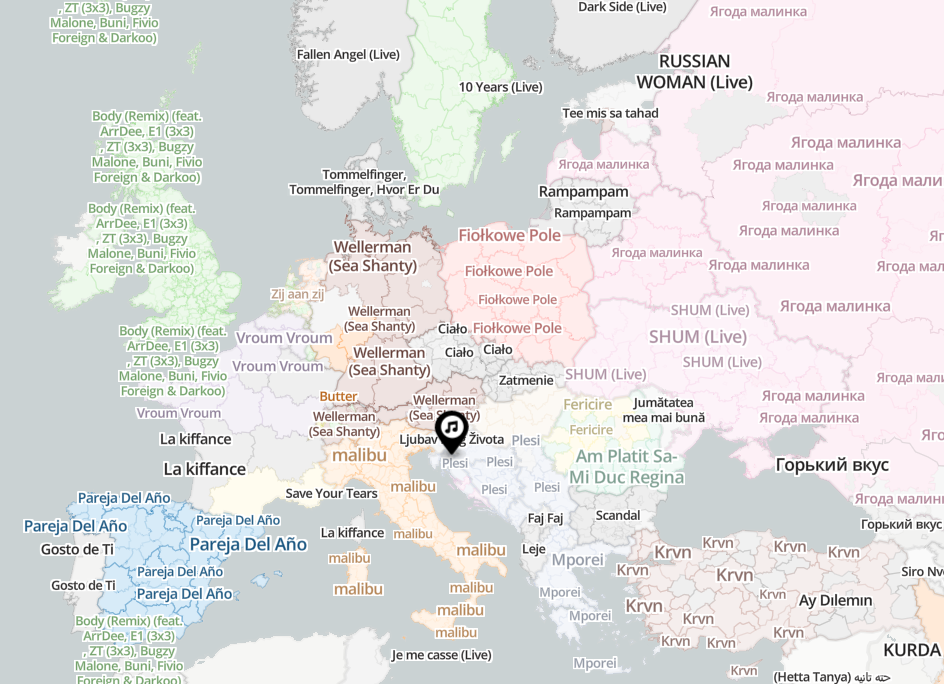 Screenshot of the showing the most popular music tracks in Europe in 2021.

This map seems to confirm the fact that those preferences seem to vary more on local trends and cultural background. But in the end, music is a universal language, one that even the worst of enemies can agree on…

However, we can deplore the fact that data is scarce in Africa and Asia, probably due to data availability limitations (other streaming services are more used in India and China). While the project was not updated since 2021, It still demonstrated the huge potential, especially for artists and producers intending on launching new tracks or organizing concert tours. It also reminds us of the huge advantage music streaming platforms have (YouTube, Spotify, SoundCloud…) with the amount of data they collect. The map is still available on the following link: